Resources for Business in Angola

Angola is the second largest oil producer in Sub-Sahara Africa. Oil accounts for 90% of total exports, more than 80% of govt. revenues and 42% of country’s GDP. Approximately 15 foreign companies including Chevron, Texaco, Exxon and Occidental have invested more than $8 billion in Angola. Oil companies are attracted by Angola’s low operation costs, favorable geology and good business terms. Business opportunities in this field are made through agreements of joint venture or PSA. Four new off shore fields are discovered with 300 million barrels of recoverable oil. Angola produces more than a million barrels today. 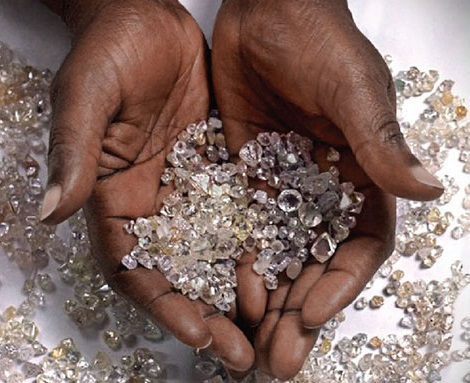 Angola was the worlds 4th largest producer of diamonds before 1975. It is estimated that Angola’s alluvial reserves total between 40 and 130 million carats in addition to the untapped diamond reserves in volcanic pipes called Kimberlite.

Angola’s 6 known Kimberlite pipes ranks among the 10 largest on earth and holds an estimated 180 million carats. Angola announced changes to its production program, which outlines its goals to produce more than 2 million carats of diamonds annually.

Angola is one of the worlds largest and least explored mineral treasure troves. Substantial deposits of gold, iron ore, phosphates, manganese, copper, lead, quartz, gypsums, marbles, black granite, beryl, zinc and numerous base and strategic metals are found. The Government has developed a policy framework to encourage investment in mining. The Government has ended the state monopoly on geological studies and mineral prospecting. The Government will award concession to both foreign and national companies for prospecting as well as production.

The UN estimates that the country has from 5 to 8 million hectares of prime agricultural land as well as areas suitable for grazing. The country’s climatic zones enable farmers to grow a wide crop which include cassava, yams, maize, bananas, beans, cotton, palm oil, potatoes, sun flowers, citrus and numerous vegetables.

Since 1994 Angola is improving its output and is making a recovery and the coffee production is projected to reach 120,000 tons soon. Angola has submitted a plan to the International Coffee Organisation to overhaul to sector. The Govt. has decided to liquidate all 33 state owned coffee companies and invite International investors to bid under its privatization policy.

Angola has considerable valuable timber resources which have been untapped since independence. The valuable tree species include Rosewood, Ebony, African Sandalwood, Mahogany, Tola and Mulberry. Nearly 150,000 hectares of Eucalyptus, Cypress and Pine plantation are waiting to be rehabilitated.

Angola has 1650 Kms. long coastline which offers some of the richest fishing grounds in Africa. The annual catch once averaged 30,000 tons a year. Angola has set up the Angolan Support Fund for Fisheries development to support the development of the industry with the help of the World Bank. The US Trade and Development agency has commissioned a feasibility study on the potentially lucrative fisheries sector.

Energy and Electric Power Generation: Angola possesses enormous hydroelectric potential because of the large and powerful rivers. The 520 MW Capanda Hydro-Electric dam on Kwanza river will double Angola’s generating capacity and will provide enough power to meet the country’s need for the next 4 decades when completed. Angola could be a regional exporter of hydroelectric energy as it generates more electricity than needed. Angola is part of an international consortium to develop power stations along its borders with Namibia.

The manufacturing sector of Angola employed 200,000 people and produced $650 million worth of goods before independence. Angola previously produced sugar, wheat flour, cooking oil, textiles, soaps, paint, plastic and glues. Heavy Industry cement and steel tube production account for about 15% of the country’s manufacturing output. With an infusion of capital, technology and training, food processing and light industry will recover quickly.

Angola is a country with rich touristic resources with places of interest like Luanda, Benguela and Huila. Natural Parks with rare animal species like the Big black antelope, Zebra, large herds of elephants are seen. In the rivers and lagoons hippopotamus and crocodiles are prominent. White rhinoceros are also found.

Places of tourist attraction include :

• The famous creek of Tundavala.

• Mountain range of Leba in the province of Huila.

• The Falls of Calendula.

Angola possess a maritime coast of 1650 Kms. full of beaches with excellent natural condition not only for bathing and swimming but also for water sports. Angola has its own Bantu culture based in African history and tradition. The influence of Latin culture mainly in the music, dance and food is seen.